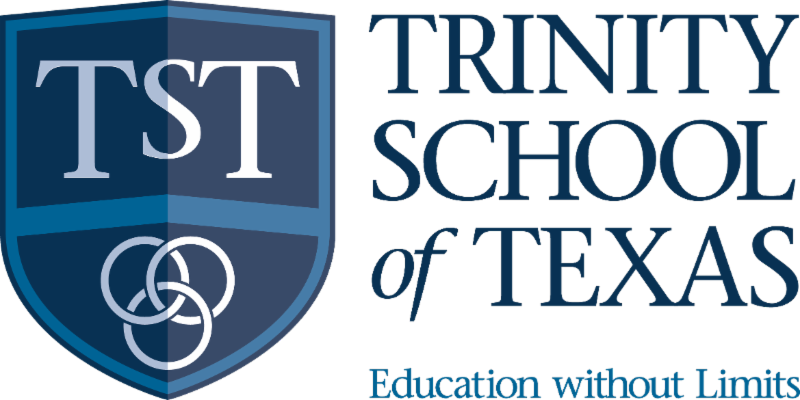 Welcome to Trinity School of Texas

We are delighted you have found us.  We know that visiting our website will provide a glimpse into what makes Trinity School of Texas such a special place, and I encourage you to come visit our campus to experience the TST family first-hand.   Visitors cannot help but be captivated by the enthusiasm, curiosity, creativity and genuine warmth that binds our campus, thanks to the learners, faculty and staff that create our community.  Trinity School of Texas has a long history of combining high academic standards with a culture and curriculum anchored in the works of Christ – a combination that is transformative and sustaining.

In this day and age when we are all faced with rapid changes all around us in how we interact and in how we understand community, Trinity School of Texas is uniquely positioned to prepare our students to learn to be in the world but not of it.   When our students graduate they leave us prepared to excel in competitive academic programs, taking their place as caring, gifted leaders on a global level.  Our innovative approach to curriculum and learning provides a college preparatory program, and our low teacher-student ratio demonstrates our investment in the importance of mentorship, not just teaching.

Our faculty exemplify Paul’s words in 2nd Corinthians 3:2, “you yourselves are our letter…written not with ink but with the Spirit of the living God, not on tablets of stone but on tablets of human hearts.”  For over 60 years our  commitment to spiritual growth, personal honor, ethical leadership and close relationships has meant that our students thrive on our campus and as adults.   There is no role more fulfilling than leading this amazing school.  I encourage you to plan a campus visit, and I would welcome the opportunity to meet with you and learn more about your family.

The Trinity Board of Trustees is the guardian of the school’s mission. It is the board’s responsibility to ensure that the mission is relevant and vital to the community it serves and to monitor the success of the school in fulfilling its mission.

The History of Trinity

The History of Trinity

TRINITY SCHOOL OF TEXAS was established in 1957 as Trinity Day School, the parish school of Trinity Episcopal Church of Longview. After 40 years as a mission congregation, Trinity Church had become a self-supporting parish in 1932 during the enormous East Texas Oil Boom. The sanctuary, erected in 1935, had been doubled lengthwise in 1951 to accommodate growth, and a large Sunday-school wing had been added. When the Reverend Warrin Fry became rector in 1955, he brought experience with an excellent parish school at St. James’s Episcopal Church in Baton Rouge. The immediate impetus for establishing Trinity School came from Reverend Fry and Dr. A. G. Thomas, a dentist who was active in parish affairs. While attending a diocesan meeting in September, 1956, the two admired a parish school that had recently been established. At a meeting on October 8, 1956, the men advocated to create a similar school in Longview.

In those days, before public kindergarten, the immediate need was for a church-based preschool. However, there was an expressed intent to expand stepwise through grade 12 in accordance with demand and resources. No thought was given to racial integration, a distant prospect that was not realized in the Longview public schools until 1963. It was simply keeping with centuries of tradition for a first-class Episcopal church to operate a First-class parish school serving children of all faiths and races.

In response to that proposal, the vestry convoked meetings of interested parents in November, leading to appointment of a temporary board of directors chaired by Dr. Jacques Wilkinson. On June 10, 1957, the vestry approved a detailed proposal for beginning a parish school in the Sunday-school wing. Trinity Day School first convened for a nine-month term in September, 1957, with 19 children in two classes, kindergarten (age 5) and pre-kindergarten (age 4). The budget was entirely covered by tuition of $15 per month and fees of $10 per semester. The staff consisted of two teachers: Marie Kizer and Carol Gooch. All other work, such as construction of playground equipment and remodeling of classrooms, was done by volunteers, establishing a tradition that continues.

Enrollment grew substantially during the first year; however, when a fire destroyed the Sunday school wing in April, 1958, Trinity Day School continued across the street at First Christian Church, until a new and larger facility was completed in 1959. Meanwhile, the school’s second year began in 1958, which incorporated 74 students into a 4 year-old class, three 5 year-old classes, and one first grade class. After several more years the school was extended through sixth grade, which was the extent of local public elementary schools. To accommodate growth, two portable buildings were installed on a lot acquired by the church at the northeast corner of Seventh and Olive Streets, enrollment reached about 200, then fell substantially when the Longview public schools began offering kindergarten for five- year-olds. When sixth grade in the public schools shifted to middle schools in 1976, Trinity eliminated that grade. In 1975, under Director Patricia Houston, accreditation from the Texas Education Agency was completed through the Southern Association of Colleges and Schools- an achievement that entailed upgrading the faculty’s education level.

MEANTIME, IN 1973 Michael Macey succeeded Warrin Fry as rector. Reverend Macy and Patricia Houston began strengthening the school’s finances by much stronger emphasis on fundraising. The school became the parish’s primary community ministry in 1976 when the Diocese of Texas gave up Good Shepherd Hospital. It was mainly to facilitate fundraising that the parish school became incorporated separately from the church in 1982. The name chosen was Trinity Day School of Texas, Inc. Also, in that year, enrollment was rapidly building back up and Trinity erected its first permanent building, the Darby Building, located across Seventh Street from the church.

In 1983, Julia Wall was engaged as headmaster with the specific aim of growing to twelfth grade as quickly as possible. An active parishioner and vestry member, she had been very successful as assistant principal of Longview High School and later as principal of Longview’s public elementary magnet school. Julia brought with her a strong professional cadre and dozens of new pupils, and the Trinity trustees committed to back her with the necessary funds. Sixth and seventh grades were added in 1984, followed by one grade per year until the first high-school class graduated in 1990. Accreditation through twelfth grade was achieved through the Southwestern Association of Episcopal Schools in 1989 and through SACS in 1991.

The Kirkpatrick Building was the first addition to the 12 acre campus in 1986, followed by the Davis-Lewis and Martin Buildings in 1987. The Commons and Macey Gymnasium were dedicated in 1991. In 1995 came the dedication of the Upper School building and an addition to the Martin Building. The same year a house on Olive Street was purchased by the parish endowment fund. A broad connection between the church and the hilltop campus was gradually being established. During that period, trustees became elected by the board rather than appointed by the rector, still subject to approval by the vestry- plus several ex-officio members. The vestry also retains approval power over change in by-laws, and the school is subject to all rules for Episcopal schools in the Diocese of Texas.

UPON THE RESIGNATION of Julia Wall, she was succeeded in 1995 by Tad Bird, previously head of the upper division at St Stephen’s Episcopal School in Austin. When Mr. Bird resigned to become head of All Saints’ Episcopal School in Fort Worth in 1998, Trinity engaged Sandy Doerge, head of the upper division at the Hockaday School in Dallas. Meantime, the campus front on Teague Street had been created in 1996. The Janna Little Robbins Memorial Library was added to the Upper School building in 2001. In the same year, the school moved out of the Sunday-school wing of the church, leaving music classes in the church of the choir room. In 2001, Mr. Doerge accepted the headmastership of North Hills Charter School at Las Colinas and was replaced by Michael Irwin. The Reverend Charlene Miller became head in 2004, bringing abundant experience in Episcopal administration and counseling. Finally, a six-acre tract at the southwest corner of the campus was purchased by the parish endowment fund in 2007. That acquisition, including the former Knights of Columbus Hall on the majestic summit of the hill, expanded the church and school property to its natural boundaries and secured ample room for growth.

Trinity School of Texas successfully prepares students for college and beyond in a joyful, spiritual environment.

Portrait of a Graduate